It’s no secret that South East England has been making fizz to rival Champagne for more than a decade. Now a new study into changing climate  reveals how large areas of the UK – including Essex, the East of England and even Edinburgh – could become leading wine producing regions by 2100.

According to the study, commissioned by Laithwaite’s Wine, popular grape varieties including Sauvignon Blanc and Chardonnay could be grown in unfamiliar areas such as Peckham and Milton Keynes.

The study by Professor Mark Maslin and Lucien Georgeson from University College London, looked at the average temperature and rainfall conditions required for growing different grape varieties and at likely changes in Britain’s climate to map changes in British viticulture over the next 85 years.

Here’s a quick view of what the wine regions of Great Britain might look like in the not too distant future! 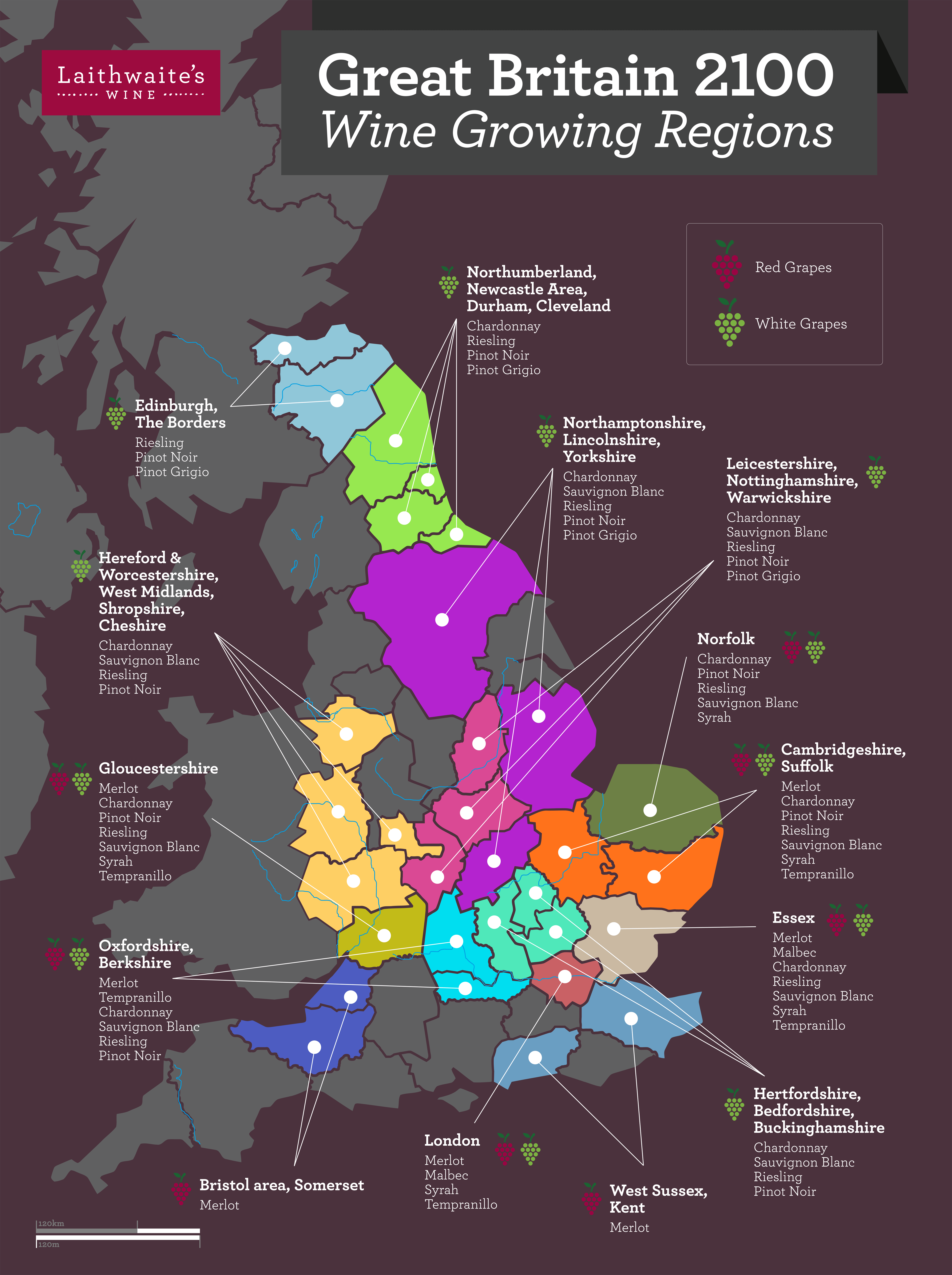 Professor Mark Maslin from University College London said: “Climate is critical to successful grape cultivation. This study could signal how we think long-term about British wine production and redraw the future wine map of the world.”

Davy Zyw of Laithwaite’s Wine added: “It’s not long ago that experts scoffed at the idea of English, let alone wider British wine.  Now thanks to a changing climate, as well as passion and expertise, we could see wine buyers from all over the world coming to taste the latest UK vintages in a few generations.”

You can read more on this story in The Evening Standard, The Mirror, The Express and the Financial Times.

For those of a technical bent, here’s the methodology behind the study …

To estimate the areas of the UK that could potentially be ‘growing areas’ for different wine grape varieties in 2100, Mark and Lucien considered the effect of temperature in the growing season, overall levels of rainfall throughout the year and the level of rainfall in the month of harvest.

The analysis is therefore based on the following 3 variables that affect wine grape growing:

And here are the maps for the individual grapes …